As any good shopping addict knows, the outlets (Gilroy, Napa, whatever) are like the mother ship - the place to get the designer goods you covet at much more affordable prices. Outlet shopping is nearly a sport - but what you may not know is that some shops are trying to cheat a bit.

When you buy designer, it's about paying for the name as well as the craftsmanship. One of the biggest appeals of the outlets is feeling like you're getting something quality at a steal. But the thing is, you may be getting exactly what you pay for.

Most outlet or factory stores are no longer simply selling castoff items from full-price designer lines. Instead, they're producing lower-quality items specifically for their outlet stores. A recent Buzzfeed article offered a peek into the strategy, used by companies such as J. Crew, Kate Spade, Coach, Michael Kors and many more. Even department store outlets such as Nordstrom Rack and Saks Off Fifth are in the game, with brands manufacturing items to send directly to those stores.

Often, the differences in quality are subtle and vary by product. How can you tell something is made-for-outlet? For purse companies such as MK and Coach, it's all about the details - or lack thereof. During a trip to the Michael Kors outlet in Napa, a bag caught my eye. A salesclerk approached and started singing the praises of the "Hamilton tote." I've been coveting a Hamilton tote - and that huge MK lock dangling from the front - for years now. (Have I mentioned my obsession of all things lock to go with all things key?) 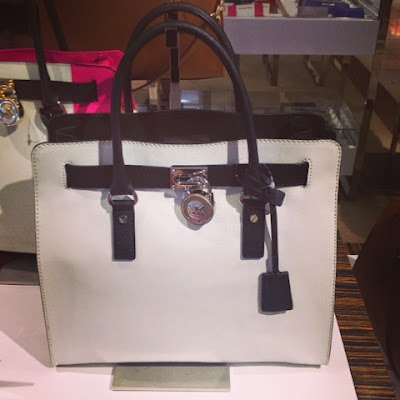 One problem: this particular Hamilton tote did not have a lock, but a simple plate that said Michael Kors. It was about $100 less than a real Hamilton tote goes for on sale, but it was stripped of the bag's signature piece of hardware.

Coach has got this strategy down to an art. If you walk into a Coach Factory store, there's about two shelves that are authentic, full-priced Coach products. How can you tell them apart? Most bags from actual Coach lines have the metal coach and horse symbol on it or have the name and logo stamped in the leather. Bags made for Coach Factory have much different logos, generally plastic pieces that say Coach on them. 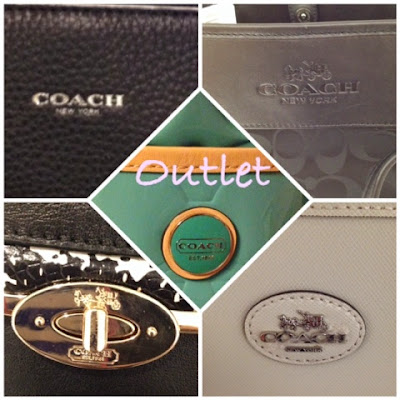 So what does this mean to you and me? I'm not saying you should stop buying things that are made specifically for outlet stores. It just means you should go into shopping with your eyes open.

Don't buy something just because it has a designer name on it and has a relatively low price - only go for it if you really do love it! This is something I have to remind myself of constantly! I didn't buy that wannabe Hamilton tote - but I did get a cute purse made just for Coach Factory. ;) 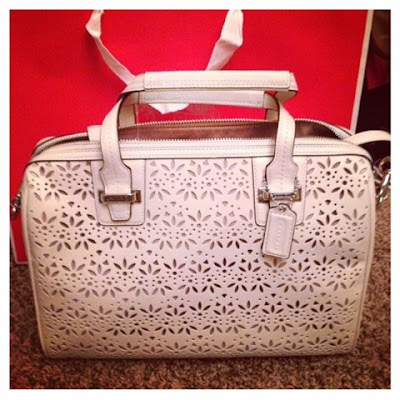 Joanne
I'm a social media and fashion addict who has lived in Fresno since I was four, and sometimes accidentally say I was born and raised in Fresno. I was actually born in Hong Kong. I love shopping and the St. Louis Cardinals, and I'm equally likely to be found in heels or a baseball cap - sometimes both.